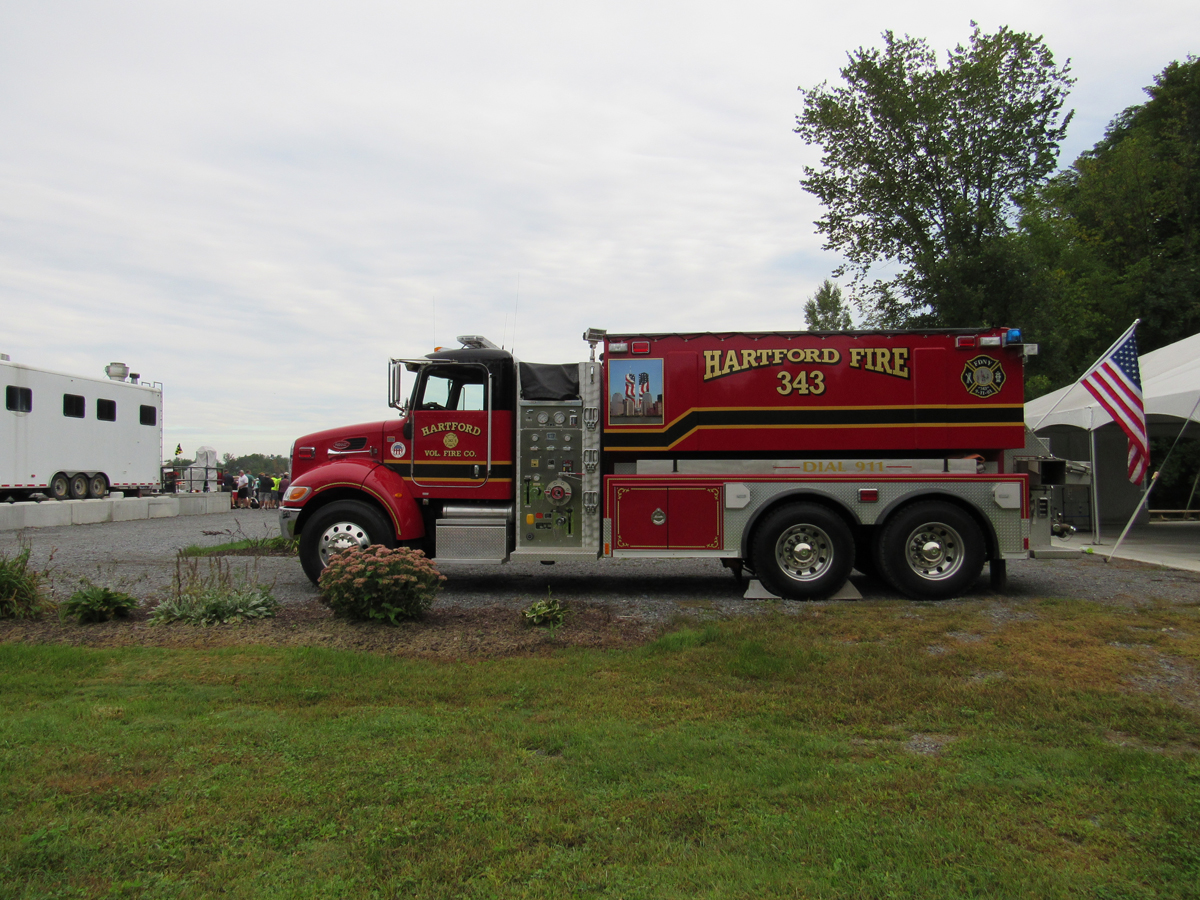 Hartford Greens Country Club was pleased to host the Hartford Volunteer Fire Company’s 16th Annual Benefit Golf Tournament on Sunday, September 11, 2022. This tournament benefits the fire department, which in turn, benefits the entire Hartford community and other surrounding communities. It was a great day for golf and a great cause to support!

The tournament was full and many golfers started their morning on the driving range and putting green to get in some practice shots prior to the shotgun start.

Our Event Coordinator, Gary Scrime, spoke to the crowd to give details about the tournament contests and then turned it over to the Hartford Volunteer Fire Company’s Chief, Jay Harrington.

Harrington gave a heartfelt speech, in which he thanked the golf course staff, and the membership of the fire company and the auxiliary for their hours of work putting the tournament together. He then asked for a moment of remembrance for Charles (Chuck) Abbott, who passed away on August 16. Harrington told the crowd that Chuck was a 40 year member of the fire department, who served in many different roles over those years, including Chief, Treasurer, Safety Officer, pump operator, board member and noted that he was a major part of putting together the golf tournament every year. He ended with talking about the significance of the tournament being held yearly on or close to September 11, and he asked that everyone take a moment of silence to remember the members of the fire departments, police departments, military, EMS, and civilians who lost their lives on 9/11 and those who continue to lose their lives due to cancers and other diseases from being in and around the collapsed buildings on that fateful day.

Below are a few photos from this year’s tournament: