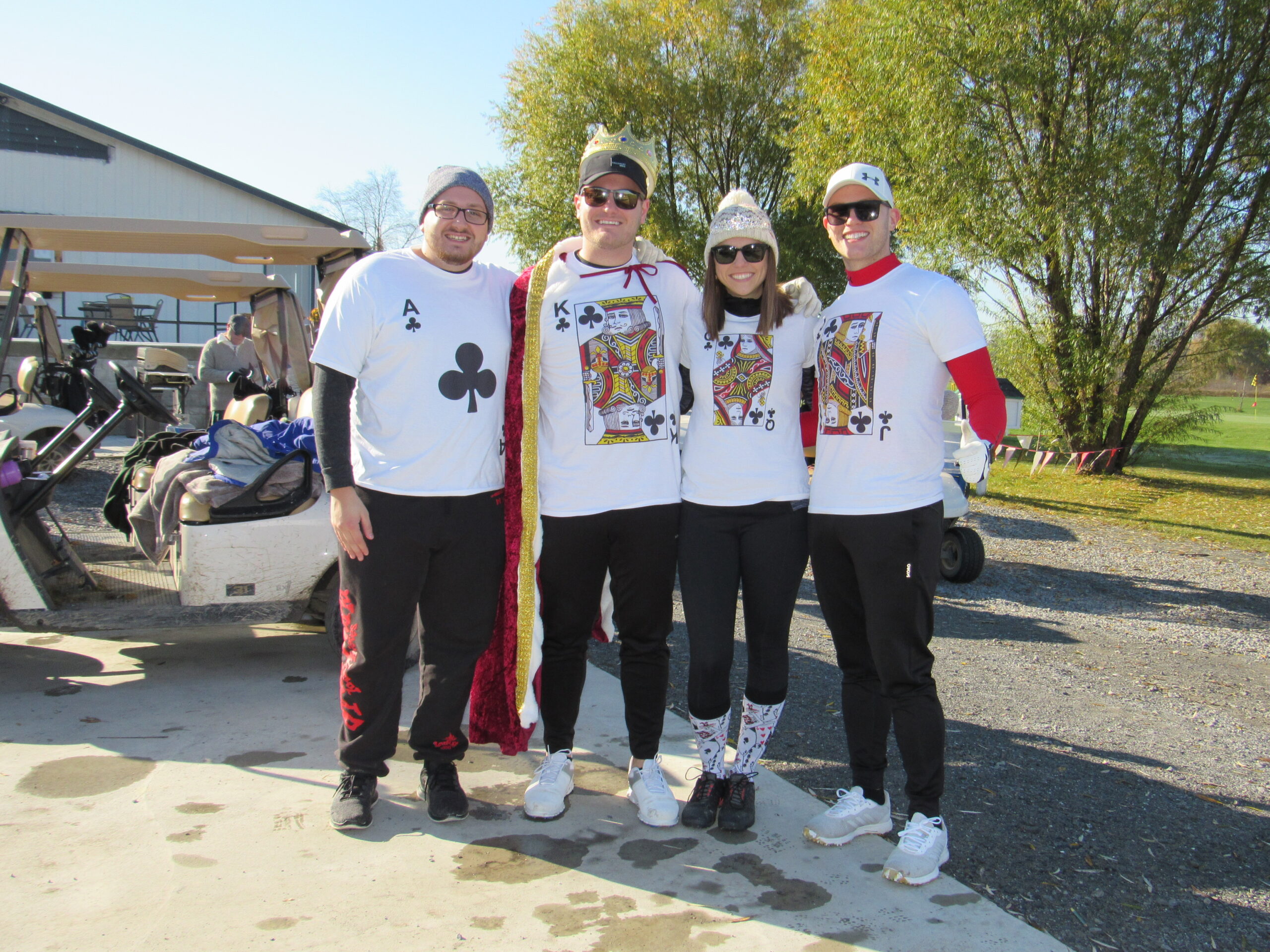 Amy Gurdo provided us with the recap below from the In Memory of Nick Heald golf tournament held at Hartford Greens Country Club this past Saturday, November 6, 2021.

“We were a few teams short this year due to having to change the date by a week thanks to Mother Nature and all of the rain, but we still had a great group of people and a good time was had by all, as always. Dylan, Gary and Don were so helpful to us.

A special thanks to my boss, Dan Boone who continues to sponsor the tournament each year. Hilltop Slate has been doing a tournament there for over 10 years.

This was the 4th tournament that was in honor of my son, Nick Heald. Nick passed away 4 years ago at age 24 from a 8 year battle with cancer, a Sonivial Saracoma in the base of his tongue. Nick’s daughter Ruby (she was born after he passed) was in attendance to draw the winning tickets this year!

This year we golfed in Memory of Don Michaelsen, Don played in all of our tournaments. Last year, he played and then sadly lost his battle with cancer in December.

This year we golfed for Dandan MacMillian, a young 16 year old boy who has been battling a Sarcoma for several years. He was going to golf with us, but was having trouble with his prosthetic leg and could not make it.

We are honored to have so many family and friends come and play each year. This year there were 2 teams of Nick’s high school friends.”