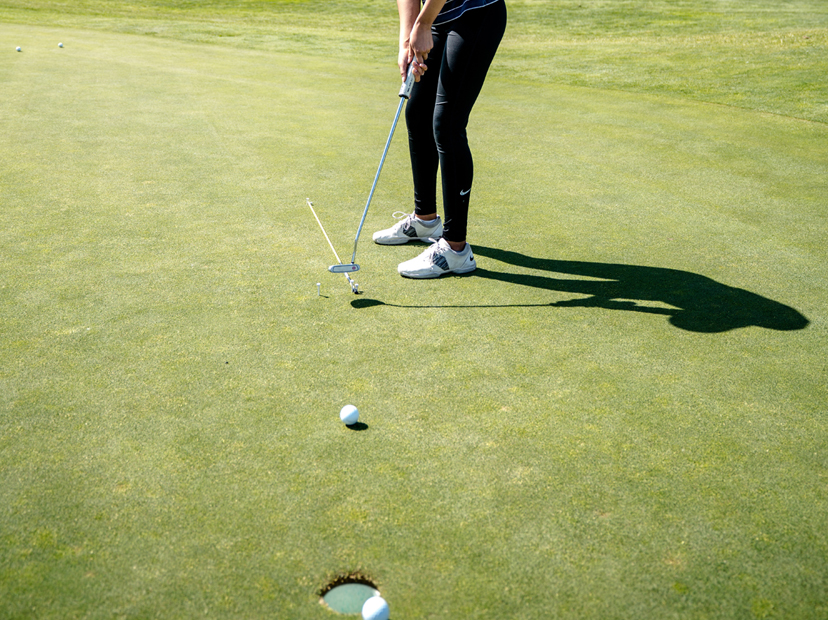 At Hartford Greens Country Club, we are a family owned and operated 18-hole public golf course. One of the many things we’ve learned since taking over the golf course last July is that golf is a great way to spend time with the people you love and make memories that can last a lifetime! We welcome golfers of all abilities on our course! That includes BEGINNERS and families!

If you are a beginner, there are tons of golfing terms that you will learn throughout the process, but here are some of the basics that every golfer should know:

BIRDIE:
A score of one under par on a hole.

EAGLE:
A score of two under par.

DOUBLE EAGLE OR ALBATROSS:
A score of three under par (very rare).

BOGEY:
A score of one over par.

DOUBLE BOGEY:
A score of two over par.

TRIPLE BOGEY:
A score of three over par.

ACE:
A hole-in-one. Hitting the ball into the hole in one stroke.

HANDICAP:
A system used to rate the average number of strokes above par a player scores in one round of golf.

gameplay
FORE!:
A warning shouted when the ball is heading toward a person.

PUTT:
Any shot taken by a putter when you are on the green.

DRIVE:
Used to describe a golfer’s first stroke from the tee box on every hole.

APPROACH
The shot taken by a player from the fairway to the green.

BANK SHOT:
A shot where a steep slope is used to manipulate the direction or speed of the ball.

OVER CLUBBING:
Using a club that will hit the ball farther than necessary.

AWAY:
Refers to the ball that lies farthest from the cup when two or more golfers are playing. The player farthest away typically hits first.

BEST BALL:
A format of play typically used in tournaments, in which the team score for each hole is the “best score” of at least one of the players in a foursome.

THE TURN:
The halfway point in a round of golf.

EXPLOSION SHOT:
A technique used by a golfer to hit the ball out of a sand trap.

MULLIGAN:
In casual play only, a “do-over” shot made to replace a poorly hit shot, taken without counting the stroke toward the score.

HACKER:
A slang term referring to a person who is not very good at golf.

FAIRWAY:
A long stretch involving a neatly maintained grass which runs between the green and the tee box.

ROUGH:
The taller grass that borders the fairway.

GREEN:
The smooth grassy area at the end of a fairway especially prepared for putting and positioning the hole

HAZARD:
Anything on a golf course that is designed to be hazardous to one’s score.

BUNKER:
A concave area containing sand or the like, considered a hazard.

CASUAL WATER:
An accumulation of water on the golf course that is not part of a water hazard. Generally, you encounter casual water after heavy rains. The player is allowed to move the ball without penalty.

Our golf course the perfect place to come to unwind, meet new people, improve your game, and most importantly to have fun.

Contact Hartford Greens Country Club if you are interested in beginner’s golf lessons! We can help you feel confident going out on the course.

Book your next tee time today!